BPM upsets Olympiacos, Szolnok, Jug struggle but win
A newcomer couldn’t imagine any better debut than the one BPM Sport Management Busto had on Wednesday as the Italian side beat title-holder Olympiacos (GRE). The previous two champions, Szolnok (HUN) and Jug (CRO), overcame some headaches before managed to clinch narrow wins – at the same time Recco (ITA), Barceloneta (ESP) and Ferencvaros (HUN) all opened their respective campaigns with massive victories.
Excitements are yet to arrive to Group A encounters as the favourite teams dominated Day 1 here. Though Crvena Zvezda (SRB) managed to keep up with Recco for more than two periods and trailed 4-5 early in the third but the remaining 14:46 minutes turned into a nightmare for the Serbs. The Italian giants produced a 0-12 rush, making their legendary coach Ratko Rudic’s premiere with Recco a memorable one.
Ferencvaros, returning to the Champions League stage after 17 years, demonstrated why many keep the Magyar side one of the strongest in the field. With some sparkling attacking play they blew away Dynamo (RUS) in the middle two periods when they did the damage with a 9-2 run.
The clash of Barceloneta and Eger (HUN) was tight for a while, the Spaniards led 6-4 before the last break but in the fourth they took the upper hand and netted as many goals as in the first three periods. They won almost as easily as they did back in May in the quarterfinals in the Final Eight tourney in Genoa.
Brescia (ITA) had some tough moments in Bucharest, the Italians took a 3-7 lead before the last break, but Steaua climbed back to 5-7. However, Pietro Figlioli put away a man-up from the following possession and that closed down the match.
In Group B the teams already offered some appetiser of how tight the fights would going to be here: a single goal separated the teams in three matches while the fourth ended in a tie.
The biggest blast came in Busto Arizio where BPM Sport Management – an absolute rookie in the series with a first-ever appearance ever in the top club competition – stunned title-holder Olympiacos in an outstanding match. The second period proved to be decisive when the Italians walked on water, scored four unanswered goals while their goalie Dejan Lazovic made a series of brilliant saves. The Greek lost their composure, and even though the home side slowed down too in the third, still, Olympiacos was shut out for an embarrassingly long period of 17:05 minutes before they could score again for 6-3 with 0:41 to go till the last break. Though the Greeks scored twice in 90 seconds for 7-6 in the fourth but the last goal came just one minute before the end and they couldn’t net the equaliser from their last possession.
2017 winner, though since a bit reshaped Szolnok seemed to have an easy job against newcomer Jadran Split (CRO) but after leading 3-0 and 5-2 the Hungarians’ concentration level dropped and the Croats used this chance to stay close. They even had a man-up to go even in the last minute but missed it, letting Szolnok sail away with a narrow win.
Something similar happened to Jug (CRO), the 2016 champions ruled the game in Berlin, led 1-4 at halftime and 4-7 with 3:09 to go. Spandau fought on, though, and with two goals in 17 seconds they earned the chance to save the game to a tie. However, the remaining 2:40 minutes only saw two missed man-ups from Jug and no real scoring chance for the Germans.
The other Croatian-German duel was even more thrilling in Zagreb where F8 host Hannover took a 2-6 lead in the second period, then Mladost came up with a 4-0 rush while shutting out the Germans for 8:03 minutes. Early in the fourth the young hosts even went ahead at 8-7 but Hannover replied with three goals in a row. There was one more twist in the story: with 74 seconds to go, the visitors led 9-11 but Lovre Milos pulled one back nine seconds later and after Hannover missed a 6 on 5, Antonio Petkovic could net the equaliser by just beating the buzzer with a great distance shot. 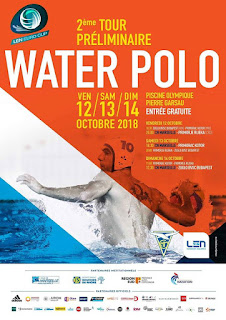 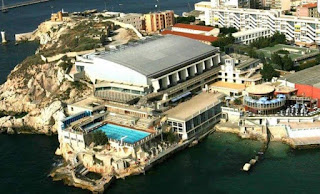 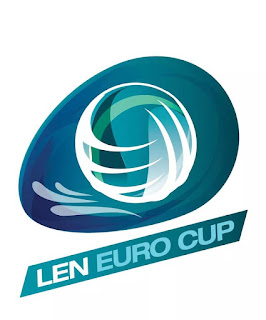 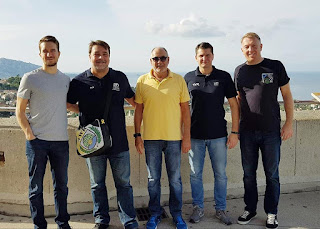 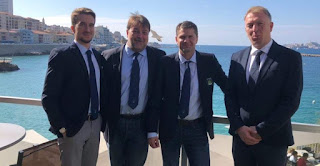 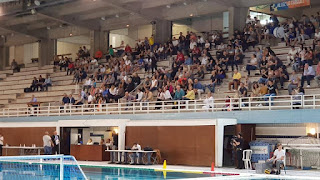 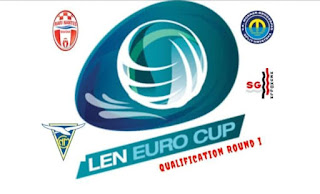 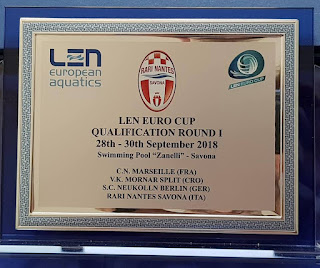 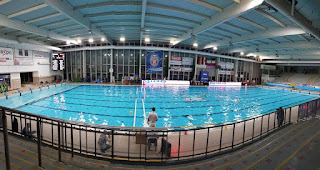 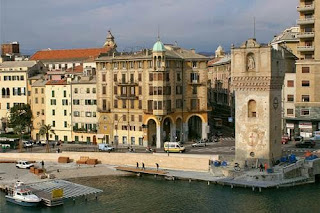 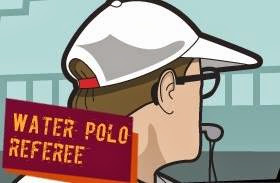